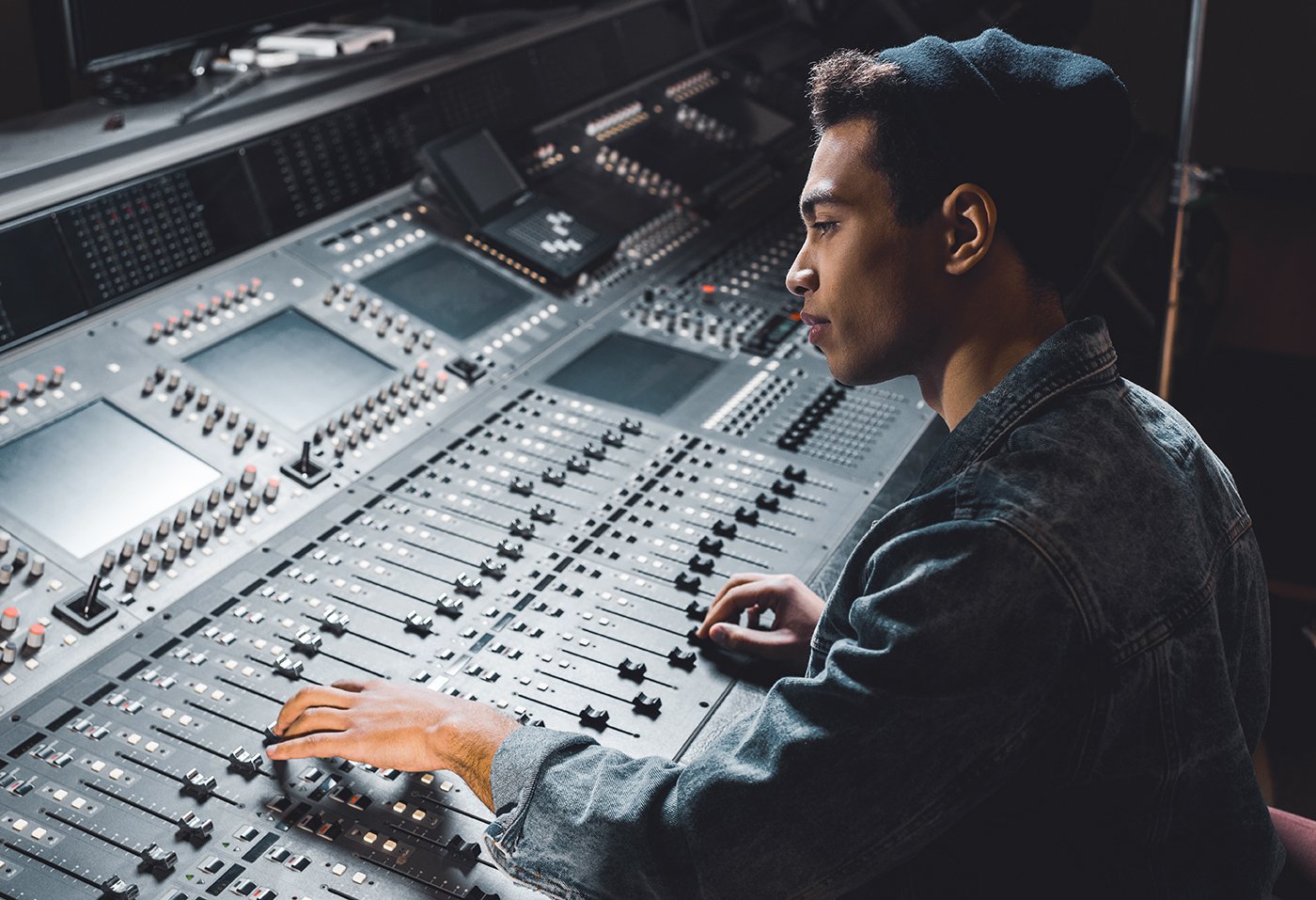 How to mix music
The simple guide to mixing.

What is audio mixing? Audio mixing is the process of taking recorded tracks and blending them together. Tracks are blended using various processes such as EQ, Compression and Reverb. The goal of mixing is to bring out the best in your multi-track recording by adjusting levels, panning, and time-based audio effects (chorus, reverb, delay). The aim is to sculpt your arrangement to make sense of all your tracks in relation to each other.

A multitrack recording is anything with more than one individual track (also referred to as stems). There’s no right or wrong number of tracks. You just can’t have zero. The final output of a multitrack recording is also known as the mixdown. The mixdown is the final step before mastering. It doesn’t matter if you’re recording tracks with microphones and pre-amps, or using pre-recorded sample packs, learning how to mix for yourself is very important. Taking control of your artistic and creative vision will take your music to the next level. It’ll make you a better producer.

5 Things You Didn’t Know About Music

Start with these basic tips. They ’ll get your mix as far as it can go before you seek more specific resources.

Let ’s get started!
Taking control of your artistic and creative vision will take your music to the next level.
Choosing your mixing softwareThere’s tons of Digital Audio Workstations (DAW) to choose from. Which DAW is the best DAW is up to you. Here’s some of the best DAWs to help you get started.Get to know your DAW software intimately. The savvy audio mixer sticks to one DAW and knows it truly, madly, deeply. Don’t cheat on your DAW. Stay true and you’ll reap all the benefits. I ’ll be using Pro Tools as an example but all the principles are the same no matter how you mix.Setting up your audio mixing sessionMost DAW ’s provide nifty templates if you ’re unsure of how to get started.

For example, Pro Tools includes the ‘Rock’ template which sets your session up with tracks for:

Although this is a basic band mix template, there are other templates to choose from. If you don’t see the template you need, just make one. Making your own template is a great step in developing your mix style. Perfect for booting up your computer and starting a mix from scratch.Name your tracks properlyThis sounds super simple, but trust me. In three months you won’t be able to remember where the third shaker is if it’s called’Audio track 48.’ If you record a ‘lead guitar’ then do yourself a favor and call it’lead guitar’ before you hit record. Poor naming adds oodles of unneeded studio time to your session.Color code your track groupsMake ROY G BIV proud. Color code your tracks. For example , make all of your drum tracks yellow, all your vocal tracks blue, and all your guitars green. This will help with processes like bussing and keeping track of layers of your session. Take two minutes to color code right. It will save you hours of searching later. The basic audio mixing workflowSo what’re the mixing basics? Just like most processes — and especially in audio mixing — everyone has their own opinions. Right or wrong, who knows? That’s fair. But there are essential mixing basics that everyone should follow. The right mix to work with Believe it or not, you should be mixing before you mix.

Lost? I’ll explain. What are the main textures you’re looking for in your track? What kind of space are you trying to create? Upfront and punchy? Or distant and reverberant? Work on bringing the most character out of your sounds While you’re in the early stages of recording. Think about the big picture while recording or choosing your initial sounds.

Push the original recordings as far as you can without heavy processing. Get an early sense of where you are heading for the final mixdown. Commit to good sounds early and avoid endless tweaking later in the mixing stage. Cut the fuss. Use a bus. Picture a yellow school bus. Now picture it with a bunch of sounds riding it.

This is what a bus is in a mix. By sending multiple sounds to one track (the bus) you can apply the same processors to them all at once. It’s very handy. Try it out on a drum bus. This allows you to process All your drum sounds as one unit. Treat them with the same reverb to give the perception that they’re all in the same space. Or Set up a delay or compression bus.

Experiment with which sounds you send to what bus. I guarantee you ’ll get some very useful results. HOT TIP: Commit to good sounds early and avoid endless tweaking later in the mixing stage.
Balance your levelsTime to give your mix a little haircut. A little snip here, a little trim there. Balance those levels and don’t be afraid to give parts the big chop. Drop the drums for a bar, crank up that vocal for a verse. Get loose.

Get a basic balance of your levels before you go crazy with effects processing. Trim